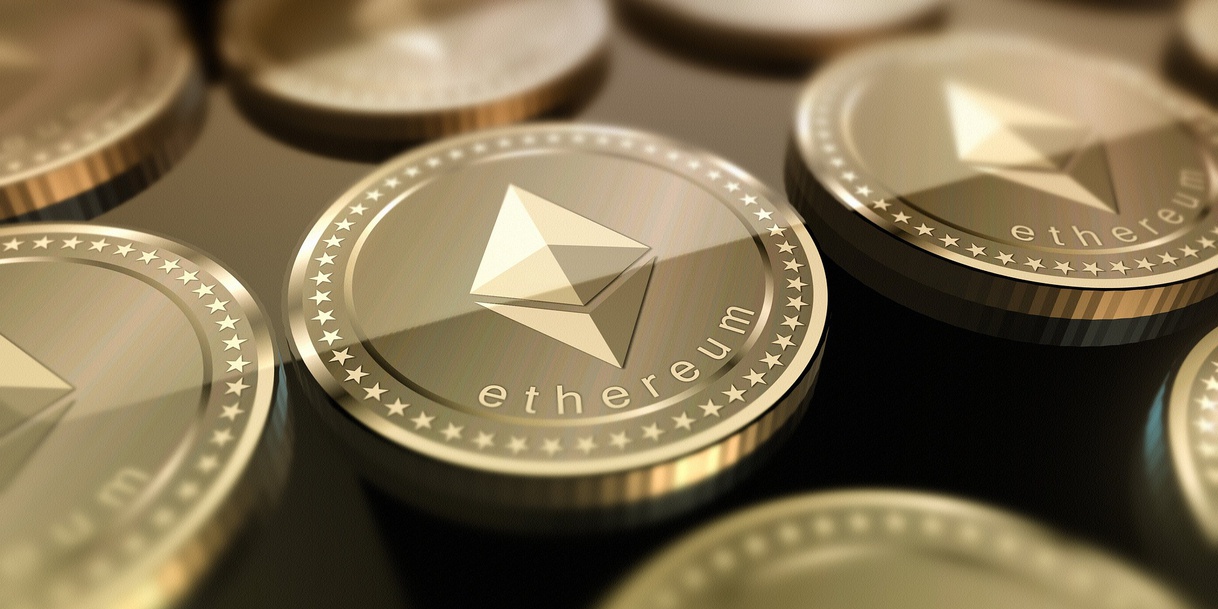 Language: this article is available in: de

A small look beyond the horizon: later this day interesting things happen at Ethereum. The open source software and network called Ethereum is a distributed system for DApps or smart contracts. DApps can be thought of as "distributed decentralized cloud computing". The main data structure holding the system together is a blockchain. Applications (example program) are saved there and can be addressed using appropriate clients.

The whole thing is currently based on JavaScript (or similar languages) and feels (especially if you go deeper) like Developer Tools Console in the web browser. But it works amazingly good.

Resources like CPU time, etc. are charged via the own token Ether.

Ethereum differs from Bitcoin not only in the DApps as well as the structure. The network is characterized by constant change, further development and resulting upgrades. The roadmap will lead to a switch to "Ethereum 2.0". This involves the migration of proof of work procedures with the miners to the proof of stake procedure with so-called validators. Since this change means deep cuts in any way for the network, the migration is completed step by step.

Upgrades are important of the migration and they can lead to "hard forks". Such forks happen every time when changes are not backward-compatible. This means that procedures and behavior which was yet forbidden is allowed starting with the update. If an update does not get enough adoption the blockchain will split. 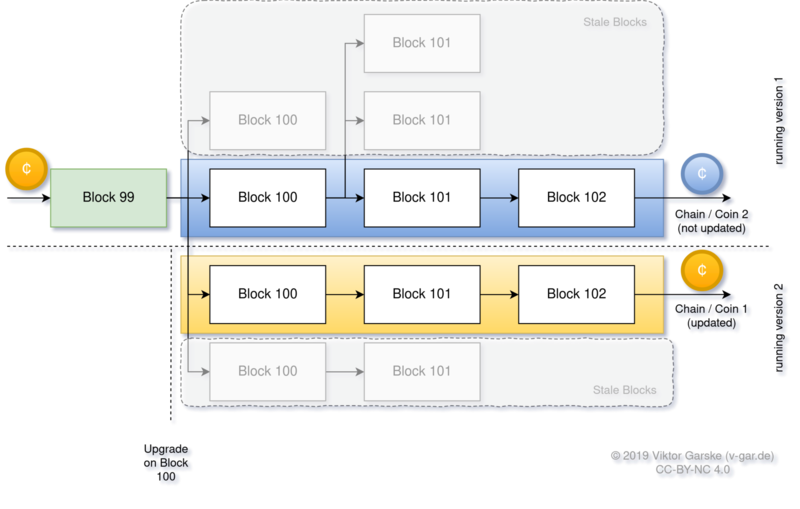 Let us look at this figure and start with everything above the dotted line: blocks are added to the block chain by referencing to a parent block. Thus, every node can validate the block chain by traversing recursively to the root block which is also called "genesis block". The Proof-of-Work requires that the base for every new transaction is the best block chain which is the chain of blocks with the highest work needed to recreate (simplified: the longest chain). This explains the multiple blocks with the same number: they will be treated as stale blocks if another block with the same number has more following blocks.

Now let us have a look under the dotted line: this part runs version 2. This version behaives like version 1 - until block 100 is reached and the changes are applied from now on. This result is an incompatibility with the version 1 blockchain.

This is problematic because it enables double spending: if you have one coin at block 99 in wallet you can spend it one time on the version 1 and one time on the version 2 chain as the chains can't communicate with each other anymore. If an exchange starts to support this version 1 blockchain coin the chaos will be perfect. Then we have another altcoin (alternative coin) with an own quote, etc.

Blockchain developers are constantly endeavored to ensure a good adoption of new upgrades as it reduces fragmentation.

The Istanbul upgrade comes to effect starting from block number 9,069,000 and brings some changes to Ethereum:

But somehow the upgrade does not get much adoption: on ethernodes.org/istanbul you can see how many nodes have already installed this upgrade (by simply updating the node client like geth or parity). At the moment there are only about 50 % at the time of writing the article. The desired value is over 95 %.

The clock is ticking: tonight at 00:00 UTC Block 9069000 will be reached and the upgrade takes effect. Let us see what happens.

Ethereum Forks are not uncommon: Ethereum Classic was created after a forced Hard Fork by the development team as a result of the DAO hack.